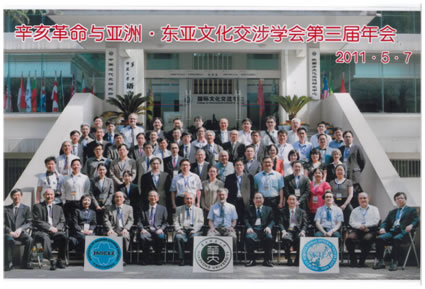 A commemorative photo after the opening session of the Third Annual Meeting in Wuhan, on May 7, 2011. 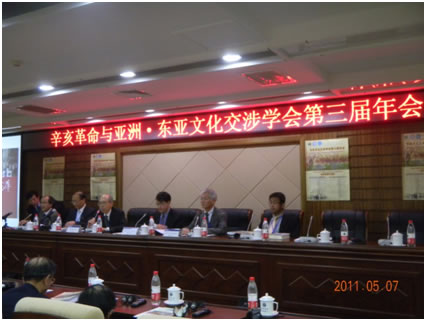 Panel on “The 1911 Revolution in International Perspectives” 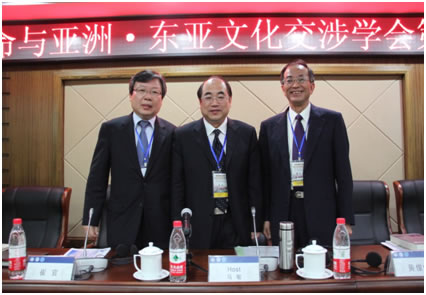 Preface: Address at the opening Session of the Third Annual Meeting at Huazhong Normal University on May 7, 2011

The Regional Structure of the 1911 Revolution: The North and the South in Chinese History

The 1911 Revolution and the Korean Independence Movement: The Road to Democratic Republicanism

Key words: Sun Yat-sen, the Principle of Nationalism, cosmopolitanism, awakening of human nature
When planning China’s future revolution, Sun Yat-sen at one time used the model of the West. Since China is after all a part of Asia, however, and as his understanding of the corrupt and critical state of the Western system of capitalism grew, he eventually looked once again to Asia. He advocated collaborating with Japan, and approved of allying with various oppressed peoples in Asia. He planned to join forces with other Asian nations in order to stop Western encroachment in Asia. He divided the world into two major categories: the oppressors and the oppressed. He sought independence, equality, prosperity, and power for the oppressed, and proposed a new world order of peace and justice. He considered nationalism to be the basis of cosmopolitanism. Only by restoring national equality to the oppressed nations would those nations be able to move toward cosmopolitanism. For Sun, societies should deal appropriately with the relationship between cosmopolitanism and nationalism, both of which necessarily were to endure profound, universal judgment from people around the world. Humankind was to reawaken and rally together to help their own respective cultures. China’s traditional morality was to spread to merge with the morally good elements of every country in the world, creating the foundation for building a new world citizen morality.