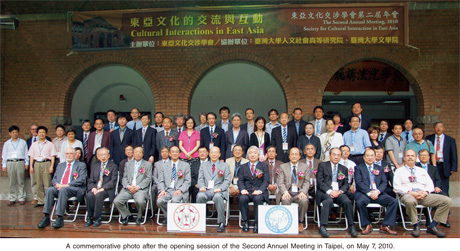 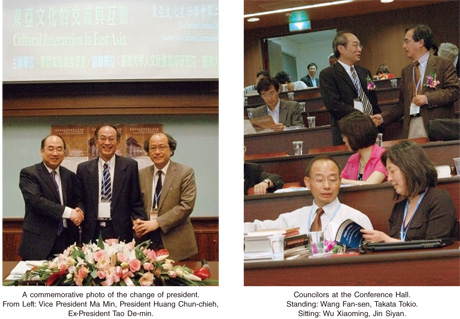 Preface:Two Tensions and Their Resolution in Cultural Interaction in East Asia

Key words: ethnocentrism, historical culture, identity, Europe, morality in history
The paper concentrates on the issue of ethnocentrism in cultural interaction. It briefly mentions the East Asian case and mainly tackles the European one. It gives examples of ethnocentric attitudes in history, but its main point is presenting examples of overcoming the unbalanced evaluation in expressing cultural identity and difference by means of new forms of generating a sense of history. Examples are discussed as indicators of new approaches to dealing with morality beyond the highly problematic distinction between good and evil along the line of self and other.

Key words: Gold seal, historiography, Confucianism, National Learning, Kamei Nanmei, China, Later Han dynasty, Japan, science
According to the Hou Han shu, in 57 B.C.E. an emissary from the land we now call Japan arrived at the court of the Later Han dynasty in Luoyang. Although we don’t know his name or who his sovereign was, he was awarded a seal and ribbon. The seal promptly disappeared from history for the next 1,727 years. It was unexpectedly discovered in an irrigation ditch being repaired by a farmer in Kyushu. For the next 233 years until now, every detail about this golden seal has been the topic of extensive debate with over 350 books and articles devoted to the topic. This essay discusses that lengthy debate and tries to understand it on its own terms.

Key words: Naitō Konan, Hu Shih, Zhang Ertian, Jin Xingxiang, Zhang Xuecheng, Du You, Tominaga Nakamoto, Wenshi tongyi
An important feature of Naitō Konan’s historiography is his progressive view of history. The development of this progressive view came not only from modern Western scholarship but also from early-modern Chinese and Japanese traditional scholarship. Examples of such Chinese scholarship are Du You’s Tong dian, Zhu Xi’s Zhuzi yu lei, Wang Yinglin’s Kunxue jiwen and Zhang Xuecheng’s Wen shi tong yi, which were all works that Naitō liked to read. This essay will show Naitō’s points of convergence with Zhang Xuecheng’s scholarship, in particular, his advocating that the Six Classics are all historical works, and will evaluate Naitō’s attempts to find spiritual similarities between Chinese and Western scholarship.

Key words: translation, technical term, Chinese character, missionary,W. Lobscheid, J. Fryer
Chinese characters are considered as an adaptable system, open to expansion and revision. Throughout history, the creation of new characters was one of the most important solutions to enlargements of the conceptual repertoire. Both scholars of “Dutch Learning” in Japan and missionaries active in nineteenth- century China used Chinese characters in their translations of western concepts. From a methodological point of view, Japanese scholars mostly coined compound words rendering the literal meanings of their terms of departure while translators in China, invigorated by the success of the new characters devised for chemical elements, believed that drafting new characters was more in line with the characteristics of the Chinese language. However, notwithstanding the painstaking efforts with which they were created, the new characters proposed by missionaries were eventually replaced by compound terms first used in Japanese adaptations. This paper examines the different practices and attitudes of Chinese and Japanese authors toward the creation of new characters as a method of translation. Analyzing the influence of their divergent approaches on the lexical systems of their respective languages, since Chinese has a very limited number of phonetic patterns, I conclude that it is impossible to create viable technical terminologies only by increasing new characters.

-Program of the Second Annual Meeting of the SCIEA, 2010,
-Taipei Collection of Japanese Research Series of the Center for Japanese Studies at Korea University
Page Top